The anthology featured some continuing stories, like Jazz & Maria, about vampire club kids who get entangled in a massive science fantasy adventure.
It also featured self-contained semi-autobiographical stories, mostly about the dark corners of Athens, as well as comedic strips starring my characters Louvre De Buff, a weed-smoking stray dog, and Punky Smurf, an anarchopunk smurf that hates his brainwashed smurf collective.
Tales of Unsurpassed Vanity lasted ten issues, ending in 2004.

This issue also featured a heavily-researched self-contained semi-fictional story titled Βικτώρια (Gr: Victoria, after the central Athenian train station) about graffiti train bombers in Athens. I had interviewed an acquaintance who was involved in the scene and plotted a story around their experiences.

It was also the first attempt I made at colouring/grey-shading using Adobe Photoshop, instead of using zipatones or traditional crosshatching. 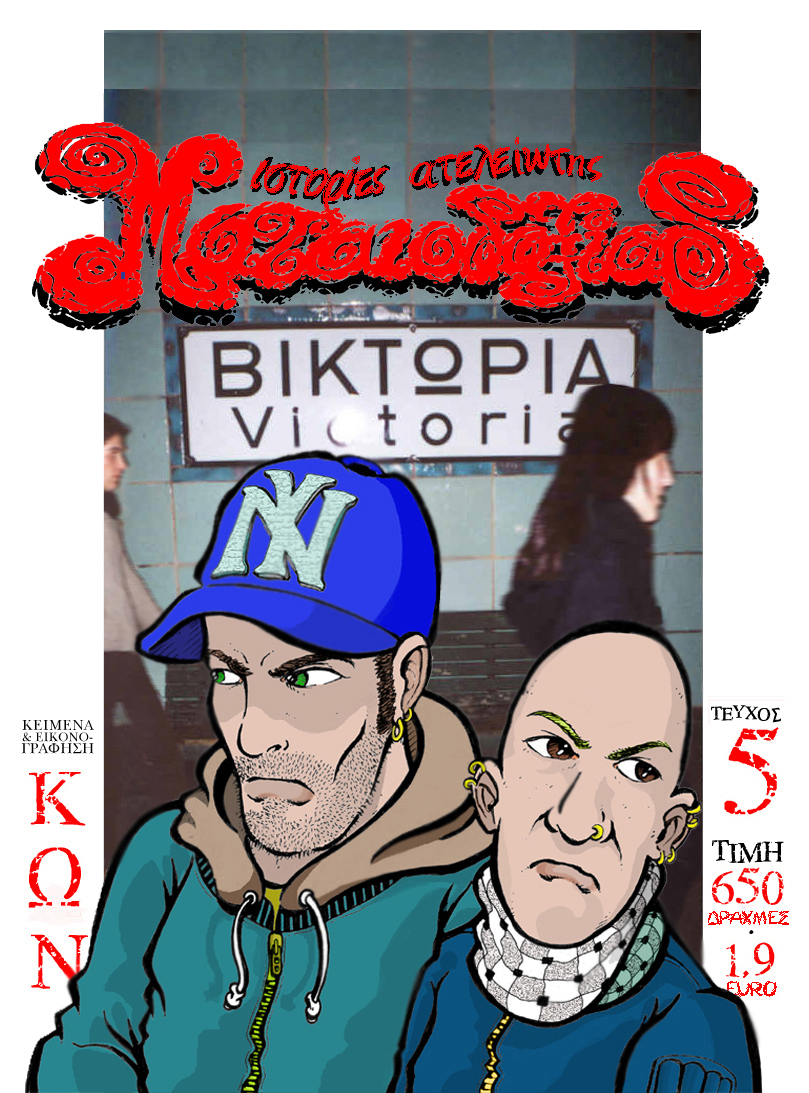 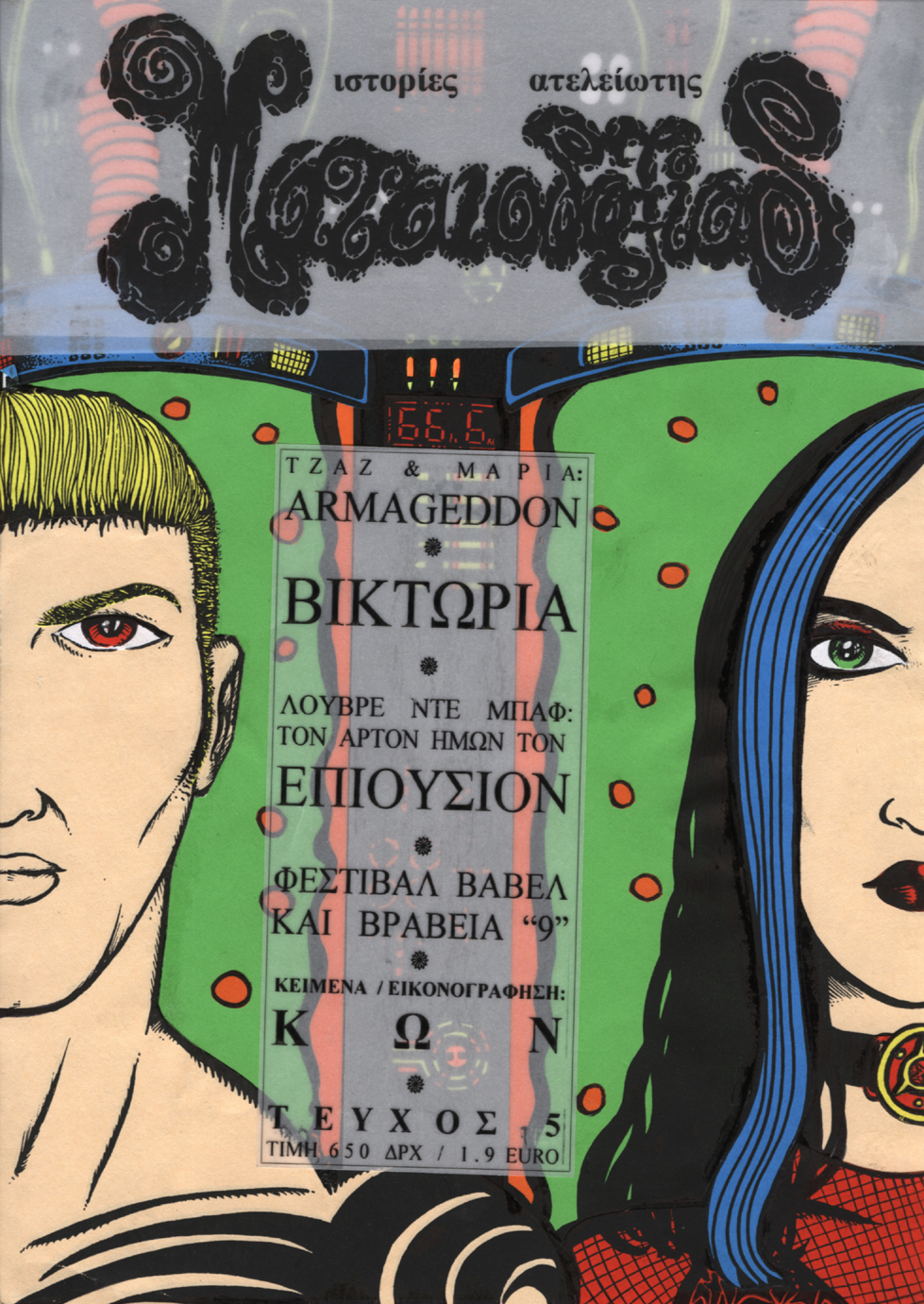 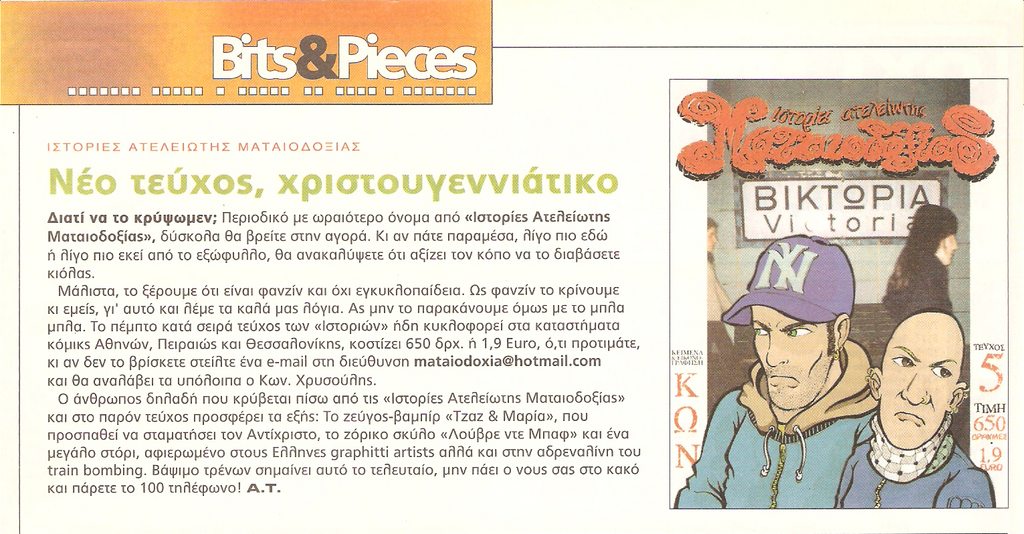 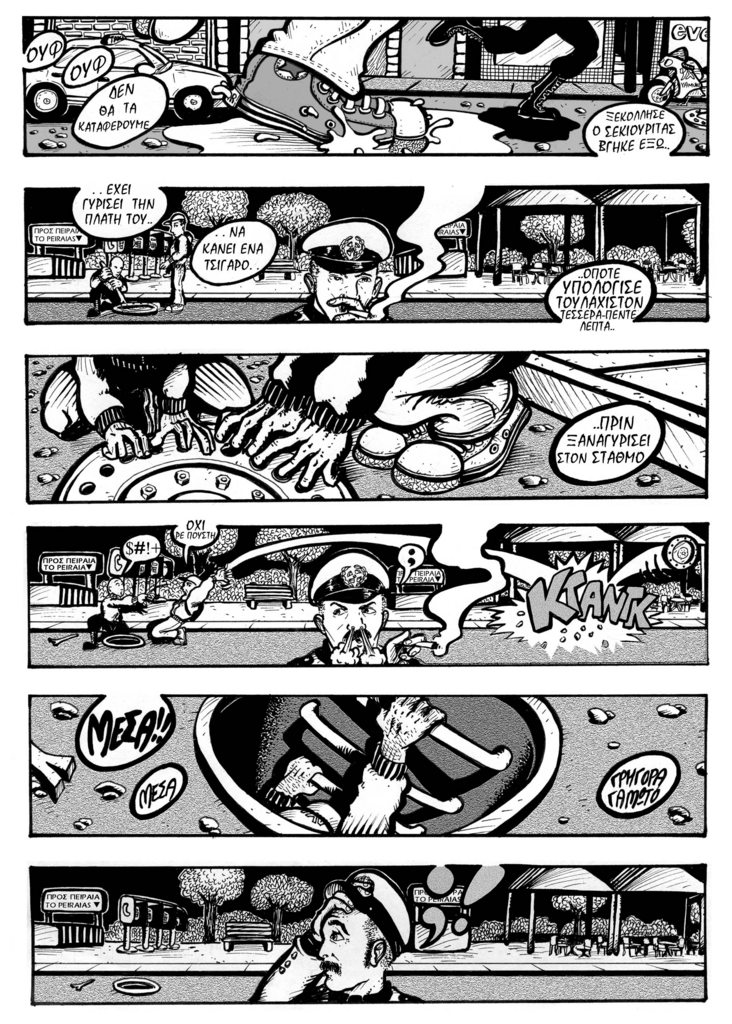 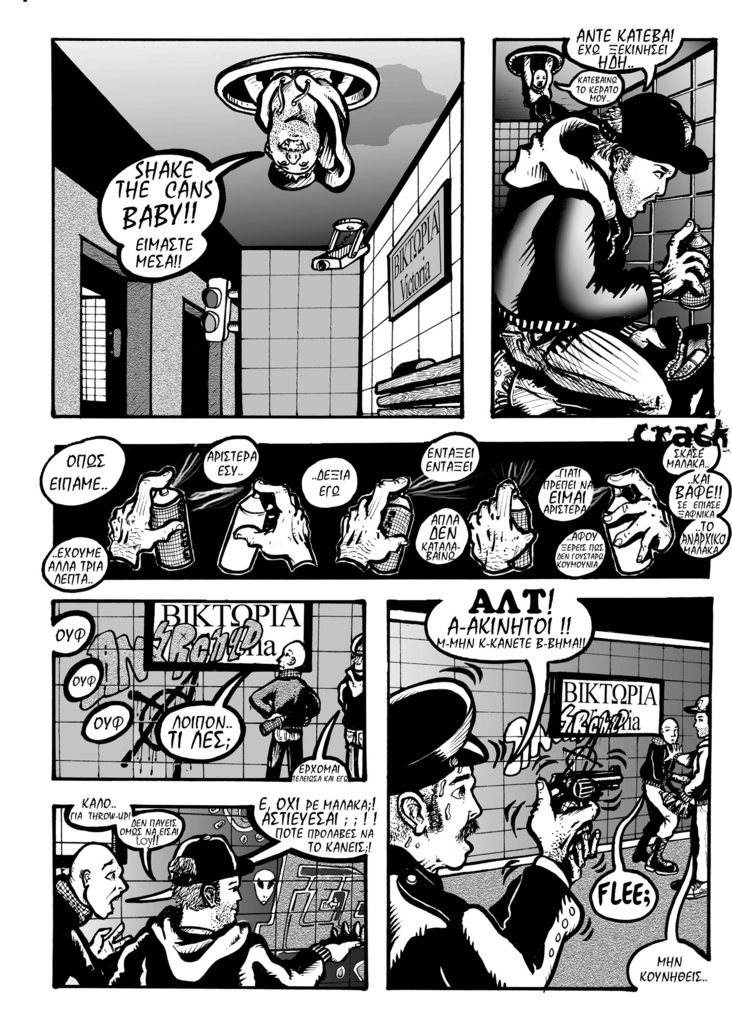 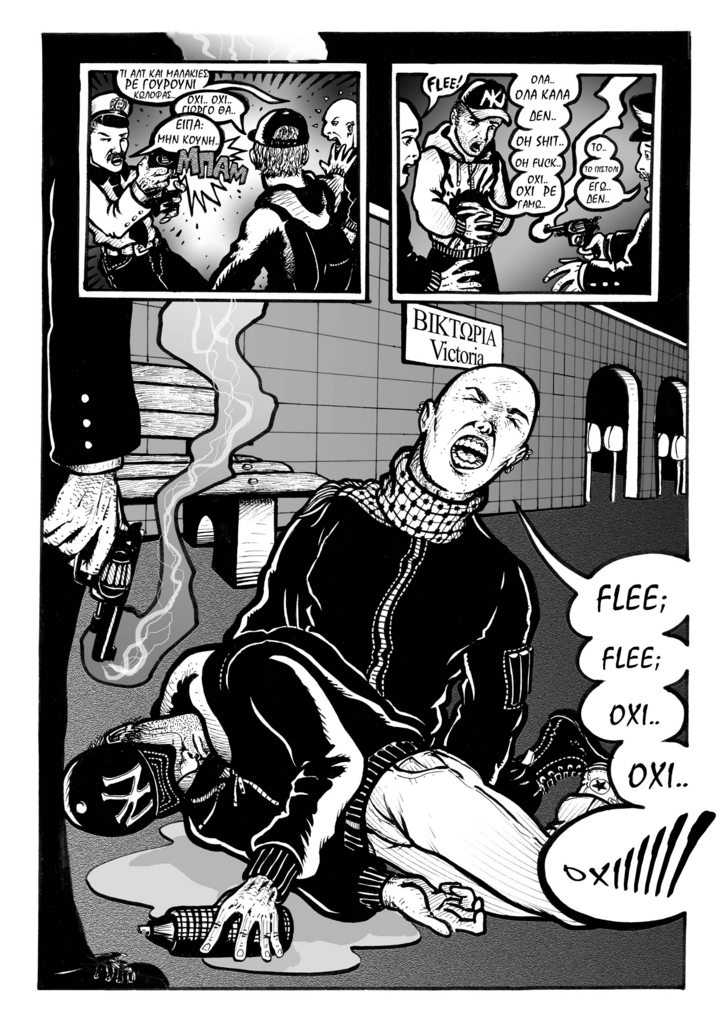 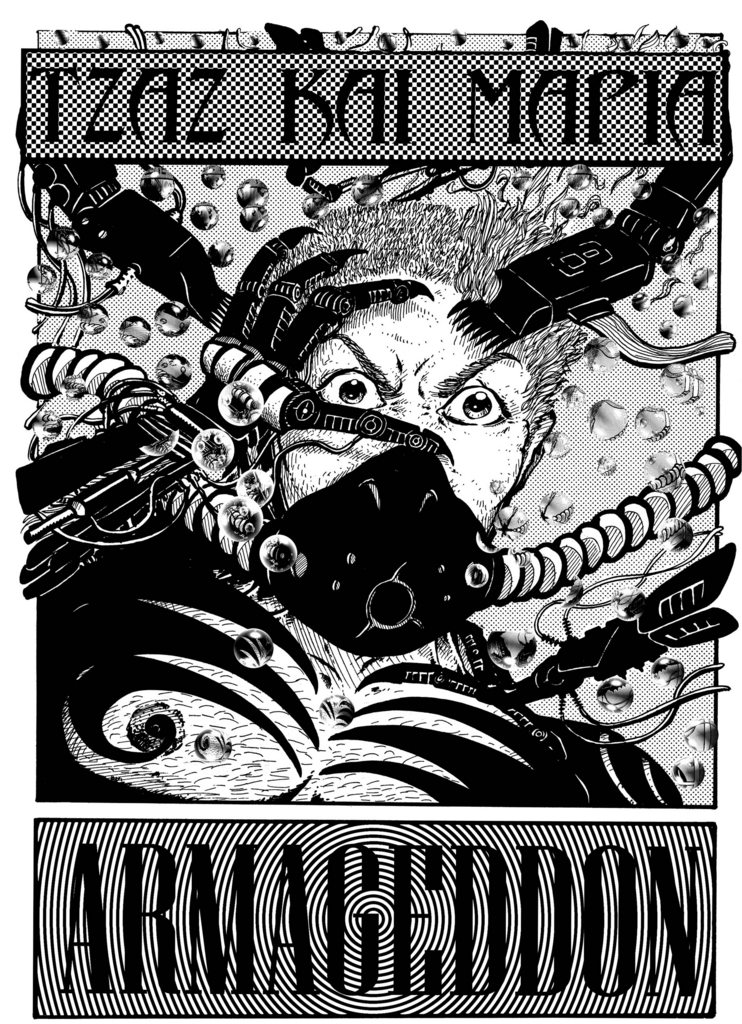 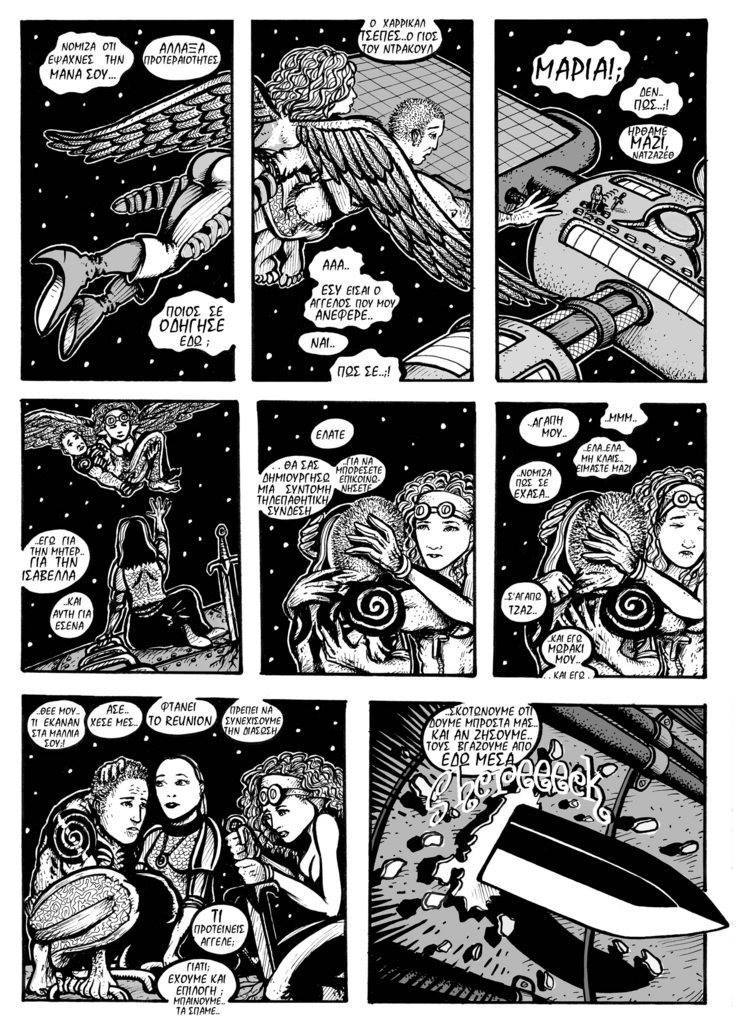 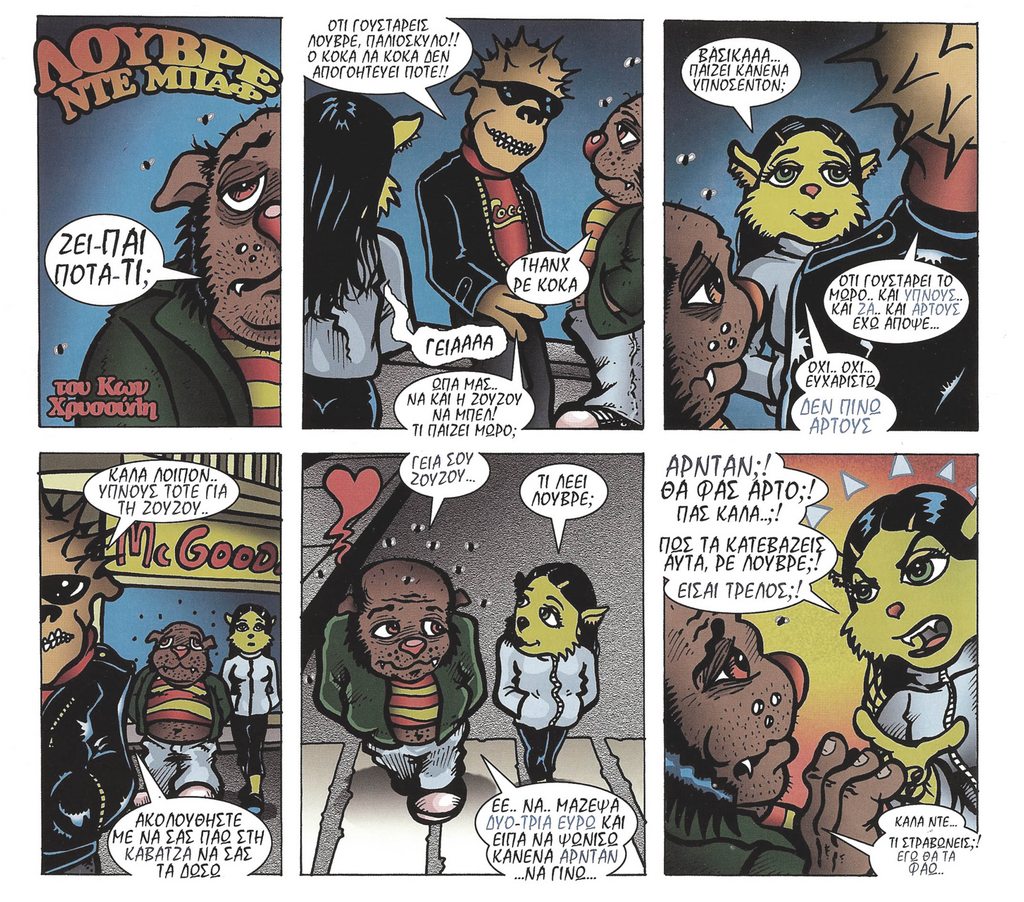 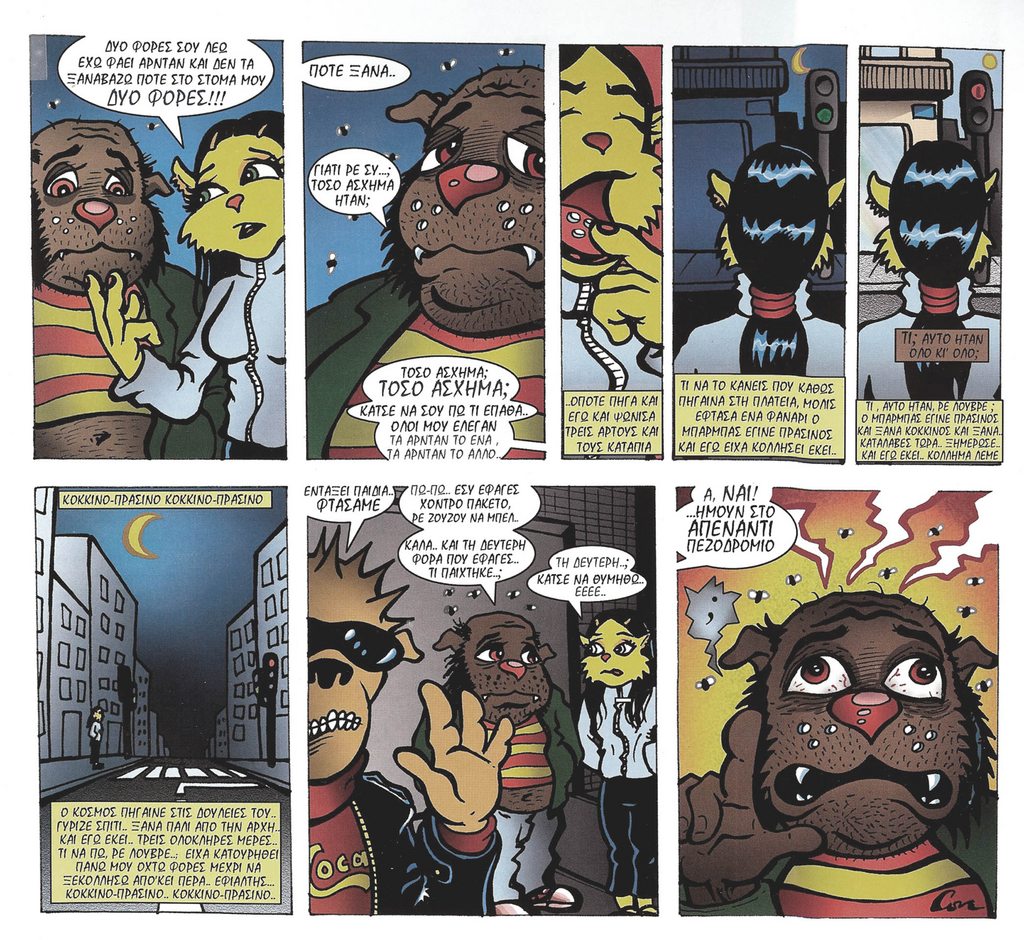