9 magazine #200 (5 May 2004)
Two-page short comics story commissioned for the 200th issue of 9 magazine. A pseudo-autobiographical story in which my avatar jumps from one major moment in comics history to the other finally reaching the 9th major moment, which was the creation of 9 magazine. 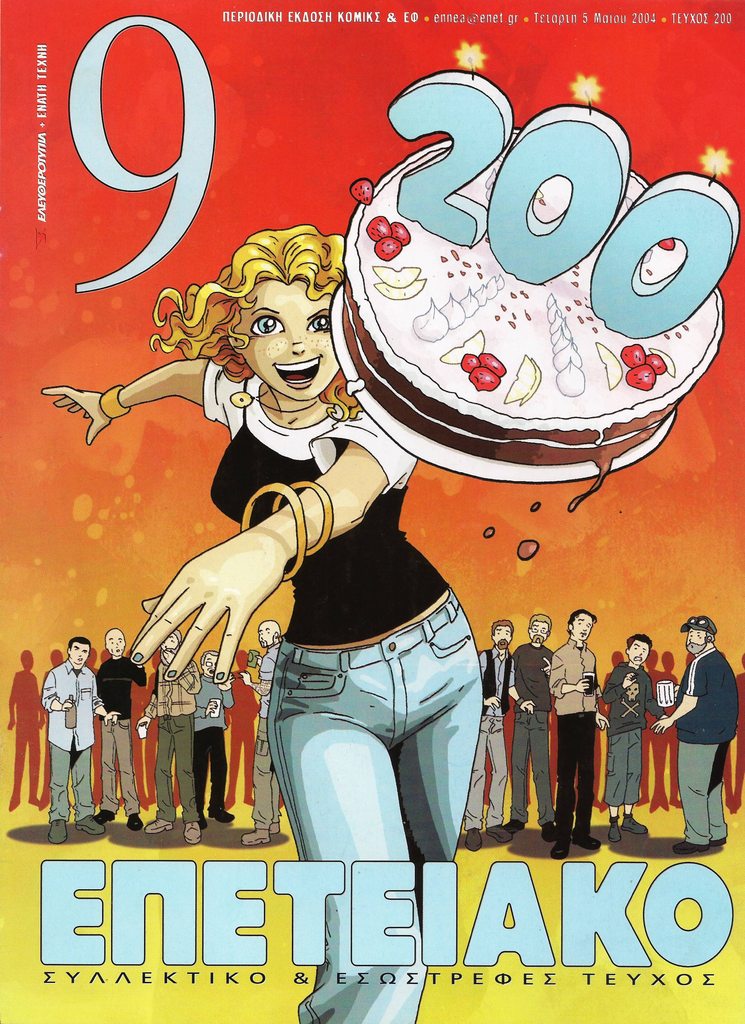 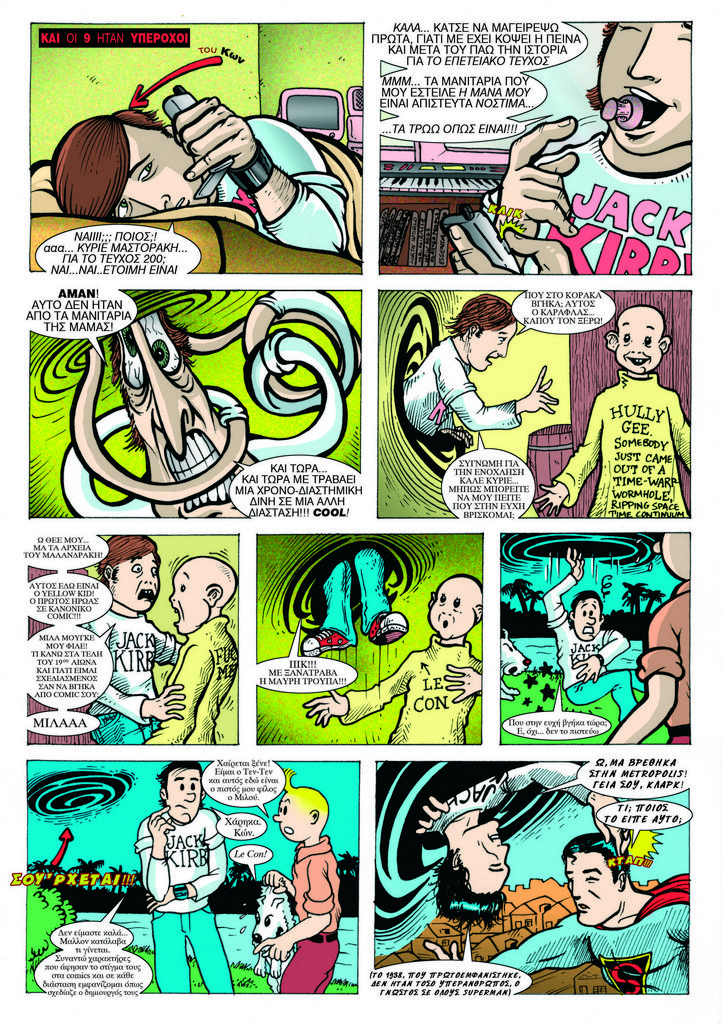 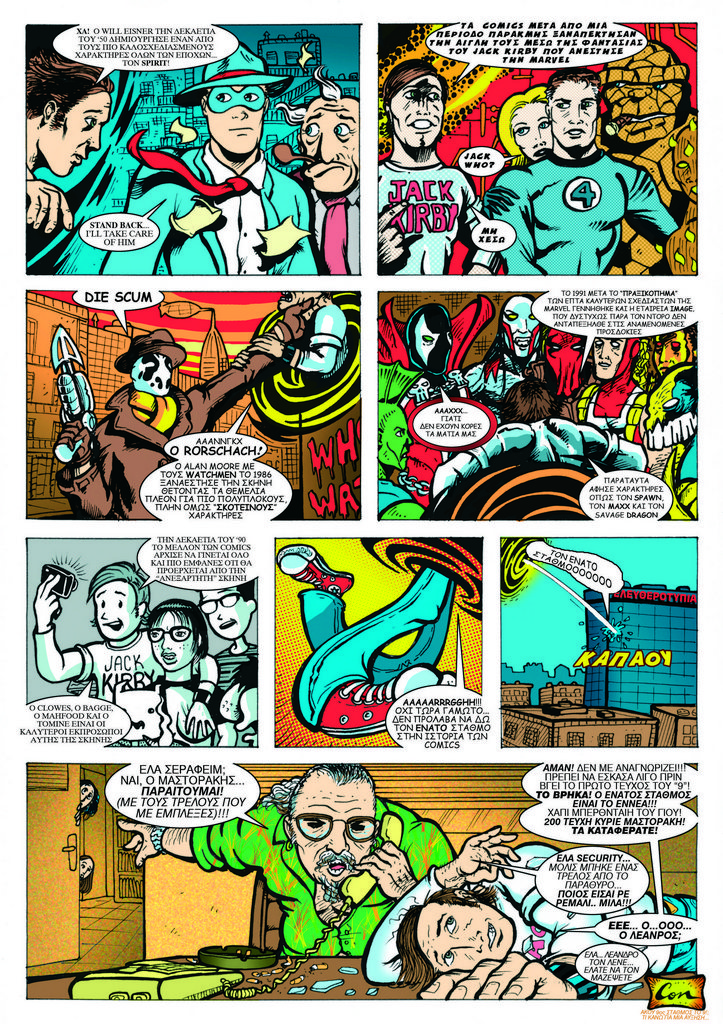