Sapilla² (Gr: Σαπίλα²=Rot Squared) was an anarchopunk comics anthology zine published by Johnny Sapilla. Much like I did with Red Dot Comics and SubArt Comics way back in 2002, I helped Johnny design the book and get it printed, which is why it initially looked kinda similar to my own anthology, Tales of Unsurpassed Vanity. I also contributed to the first three issues with short sociopolitical comics titled ‘Boom Bottle Comics’.
The first issue was printed with two variant covers, the one below designed by myself and featuring photos of me in the bits of shattered glass. 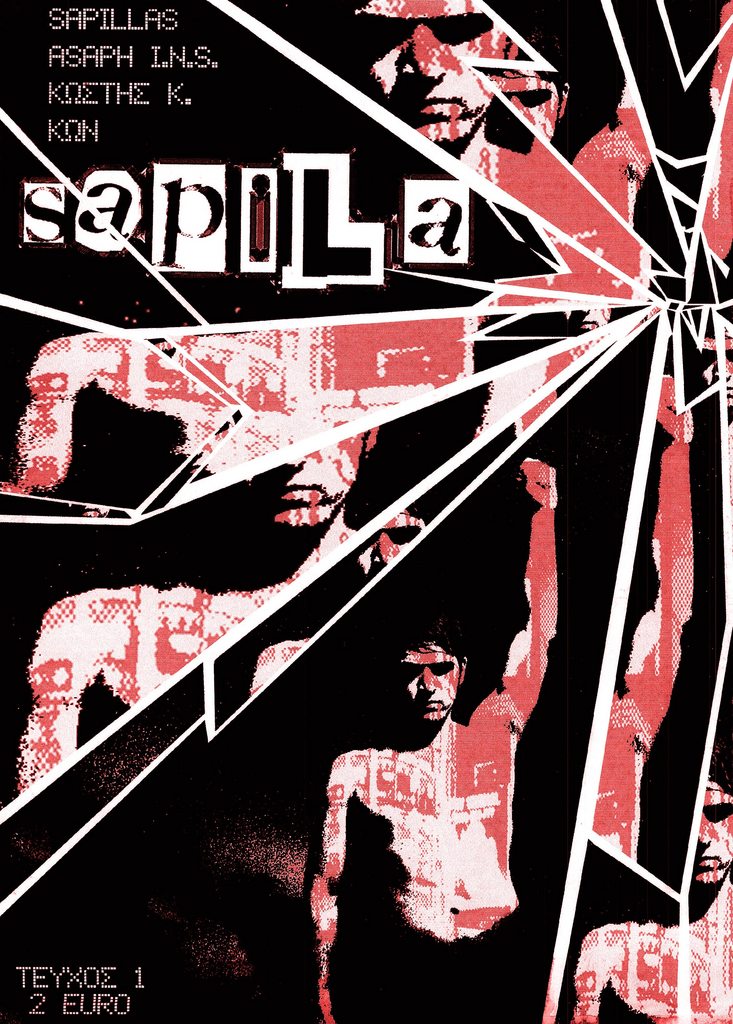 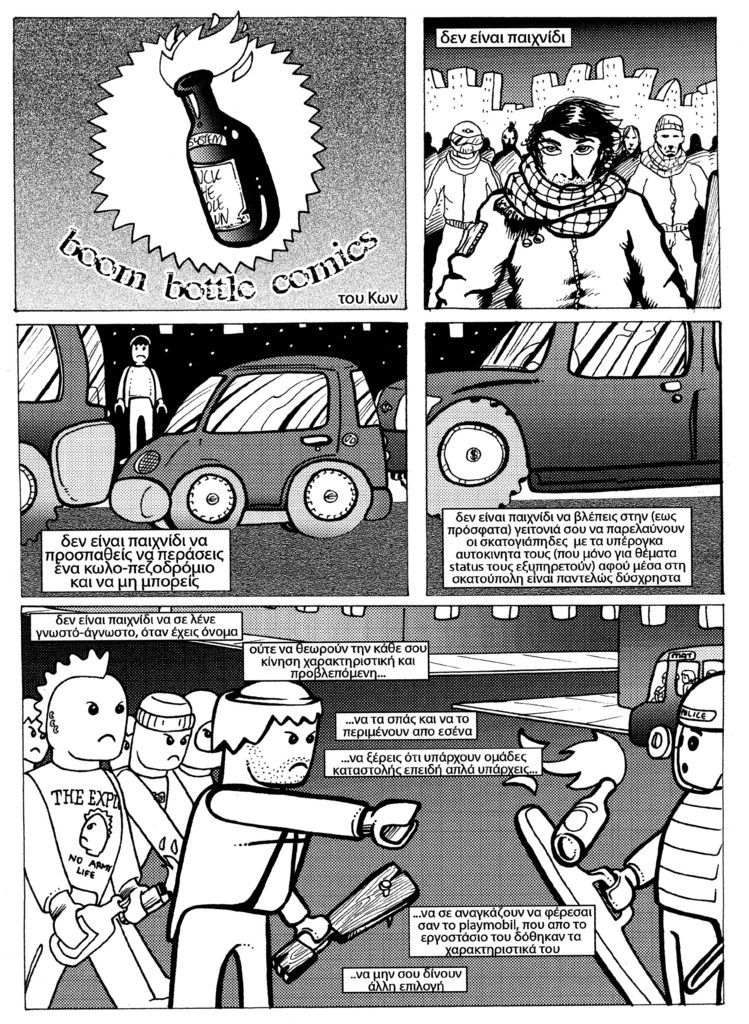