Four-page story commissioned for the special issue of 9 magazine dedicated to the 31st anniversary of the Athens Polytechnic uprising —a massive student demonstration against the 1967-1974 Greek military junta— which took place on the 17th November 1973. 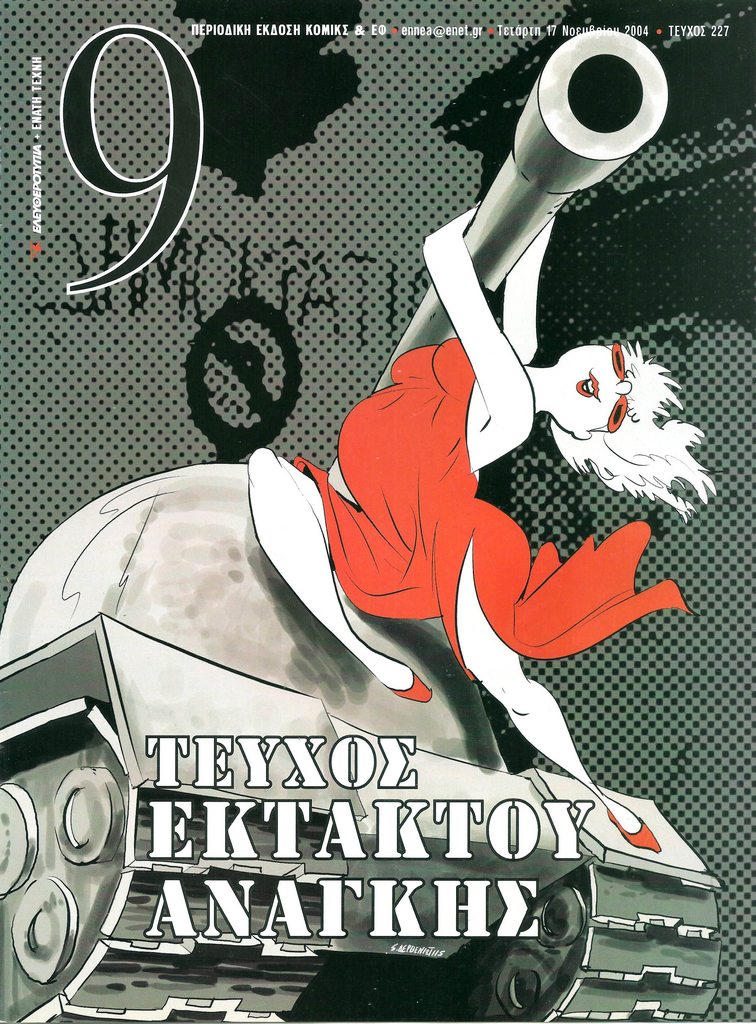 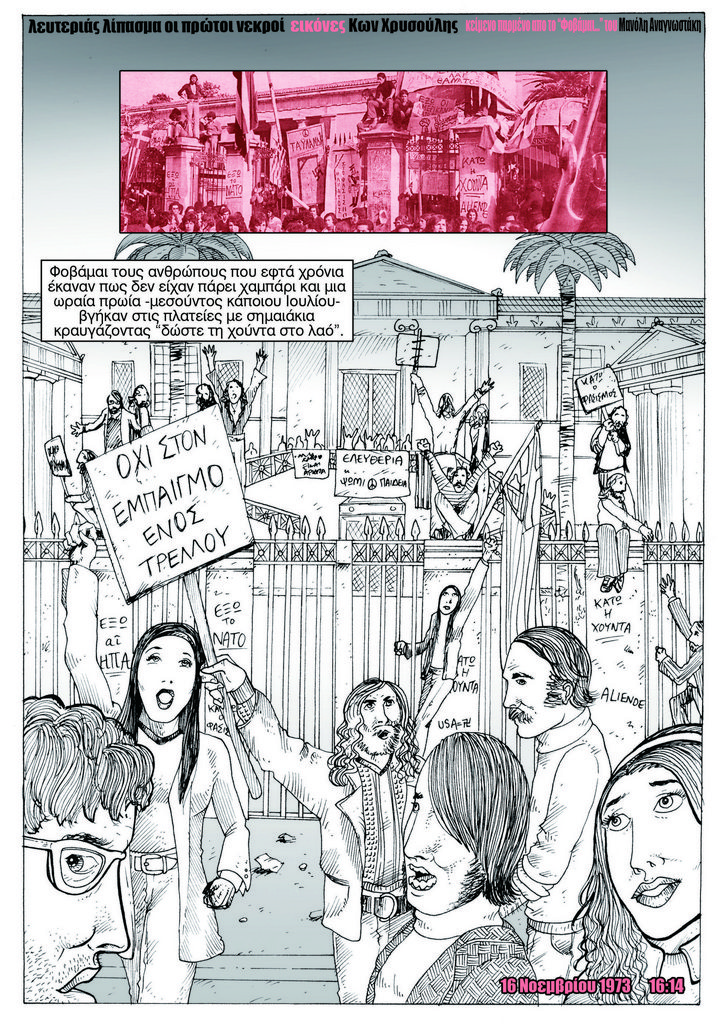 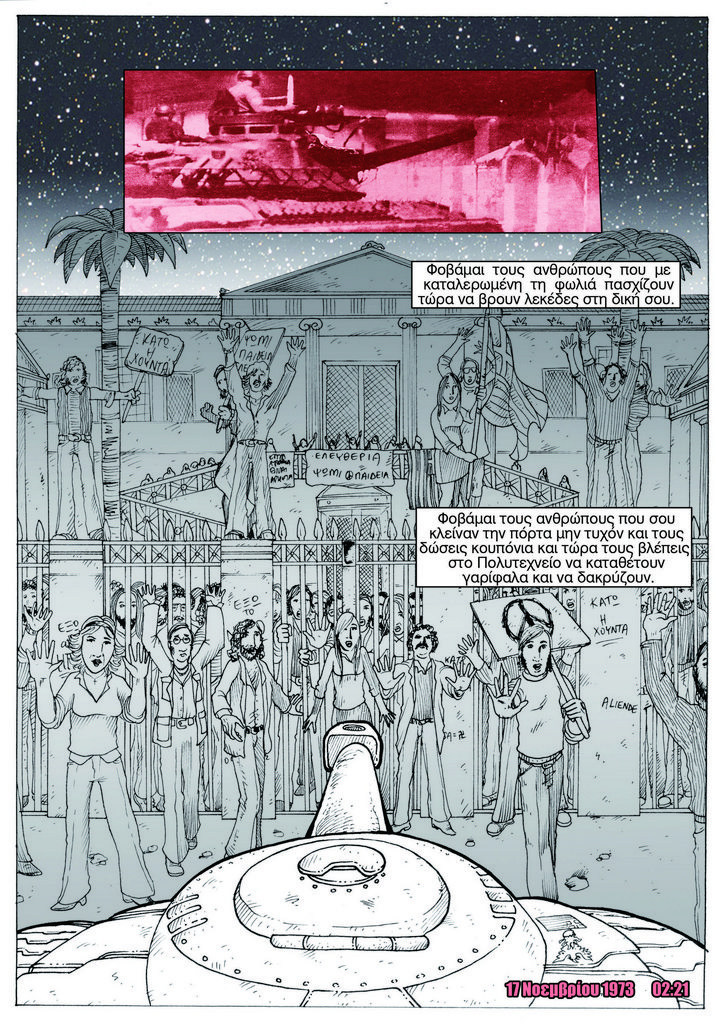