Sapilla² (Gr: Σαπίλα²=Rot Squared) was an anarchopunk comics anthology zine published by Johnny Sapilla. Much like I did with Red Dot Comics and SubArt Comics way back in 2002, I helped Johnny design the book and get it printed, which is why it initially looked kinda similar to my own anthology, Tales of Unsurpassed Vanity. I also contributed to the first three issues with short sociopolitical comics titled ‘Boom Bottle Comics’. 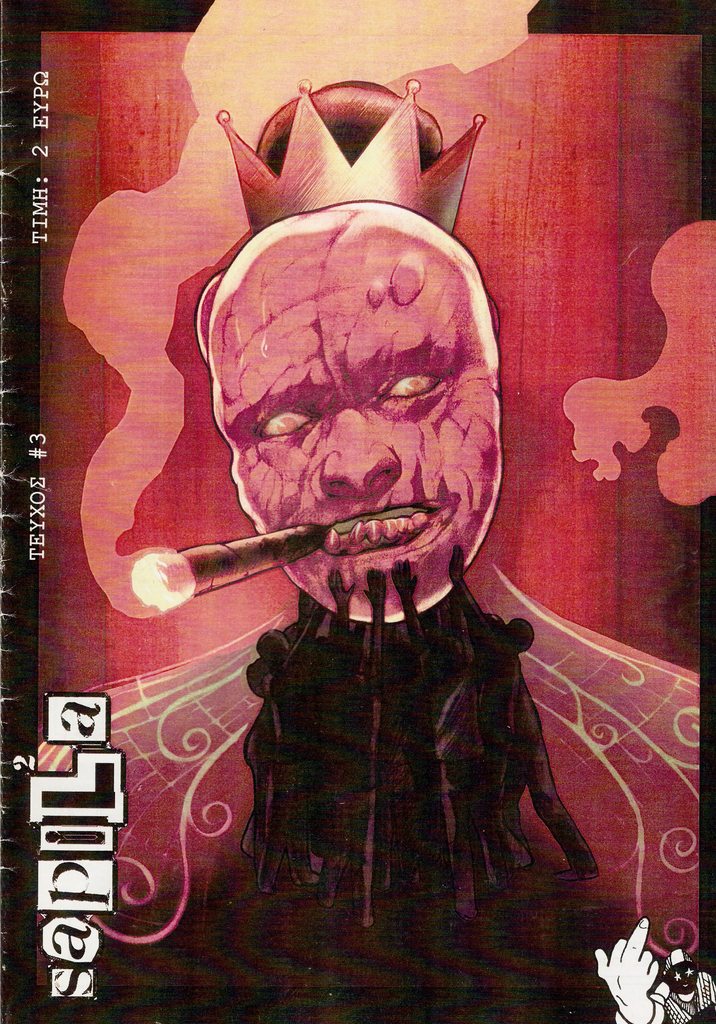 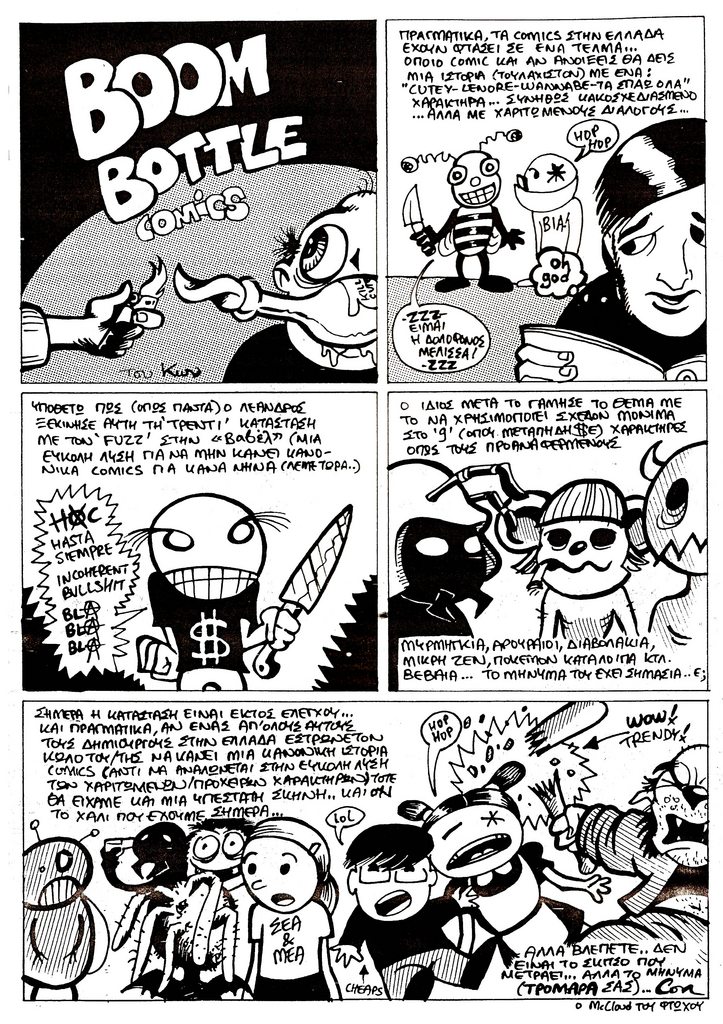