For exactly one year between 2005 and 2006, the weekly Greek newspaper Παρασκευή+13 (Gr: FRIDAY the 13th), which was aptly published every Friday, hosted my Autobio Comics series. They were essentially full page self-contained autobiographical comics detailing my life and struggles in Athens. Years after, they seem like both a diary and a time capsule. During this period the newspaper also published a series of comic strips that were in similar vein, some featuring fictional elements. 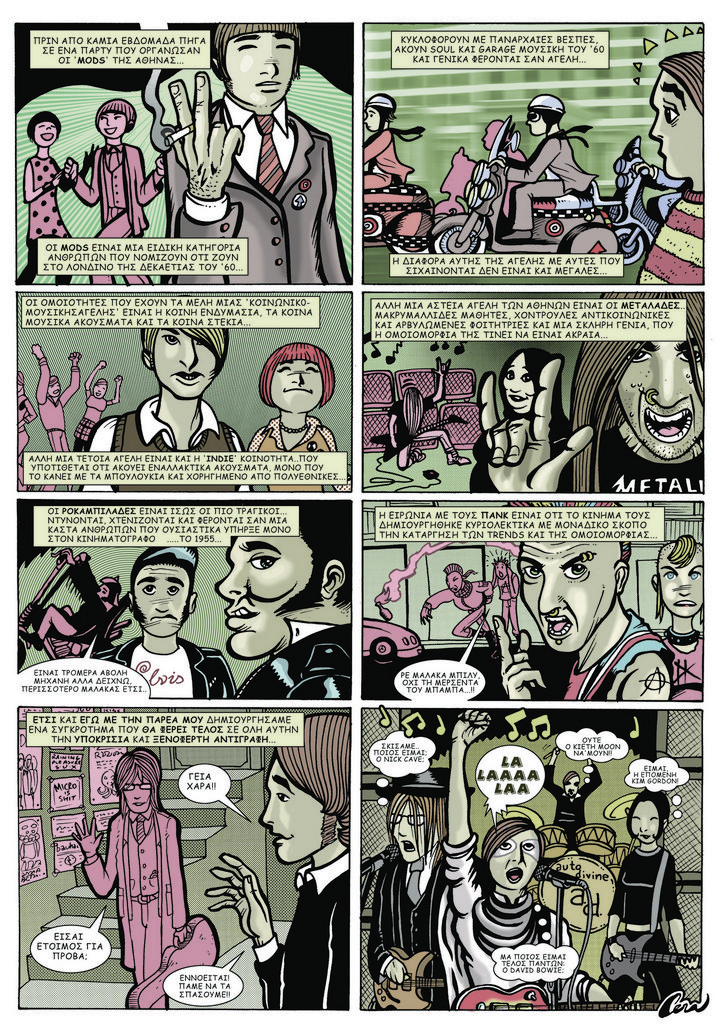 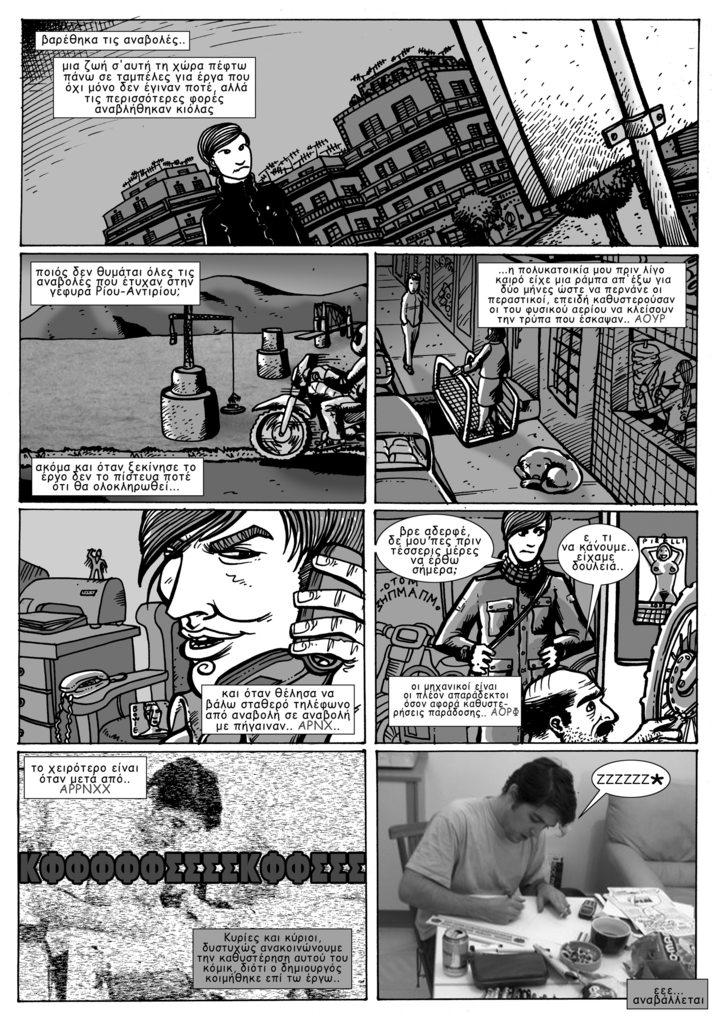 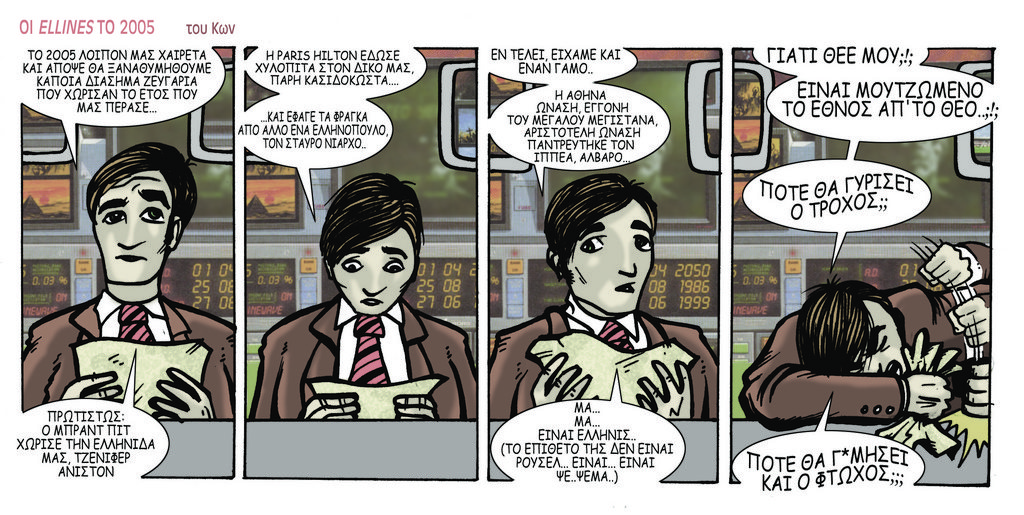