An autobiographical/comics journalism short comics story in a special issue of Galera (Gr: Γαλέρα=Galley) focusing on the Athenian area of Exarcheia, where the magazine operated. This was the last comic I did for the magazine. I had previously been serialising the sequel to my comic Giant-Size Fascists in Galera magazine for a whole year.
In many ways this short story was a sequel to my original autobiographical comic ‘Who Sold Exarcheia?’ 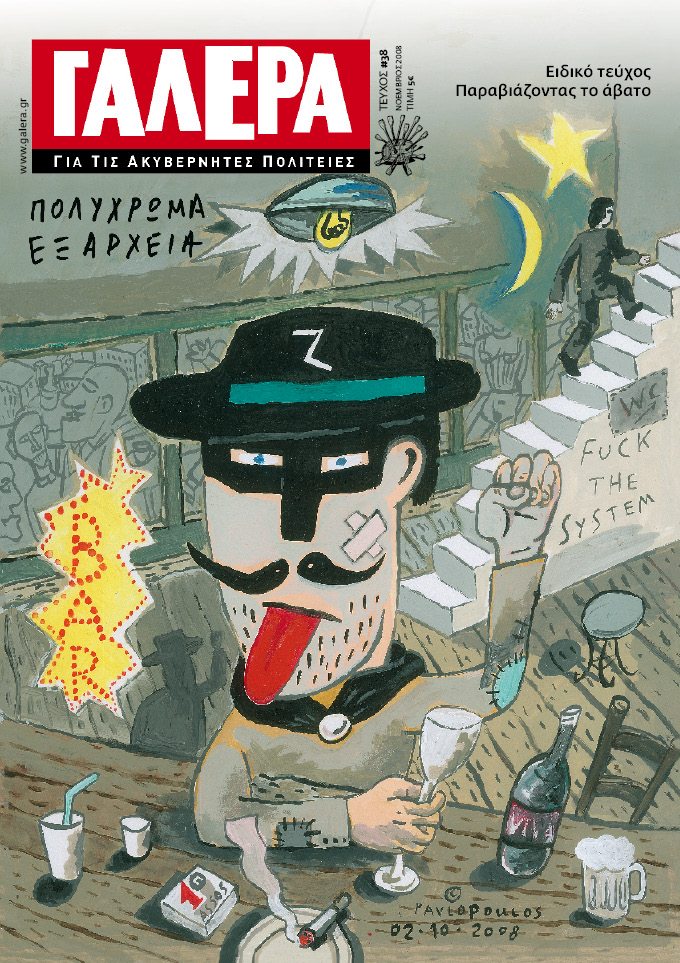 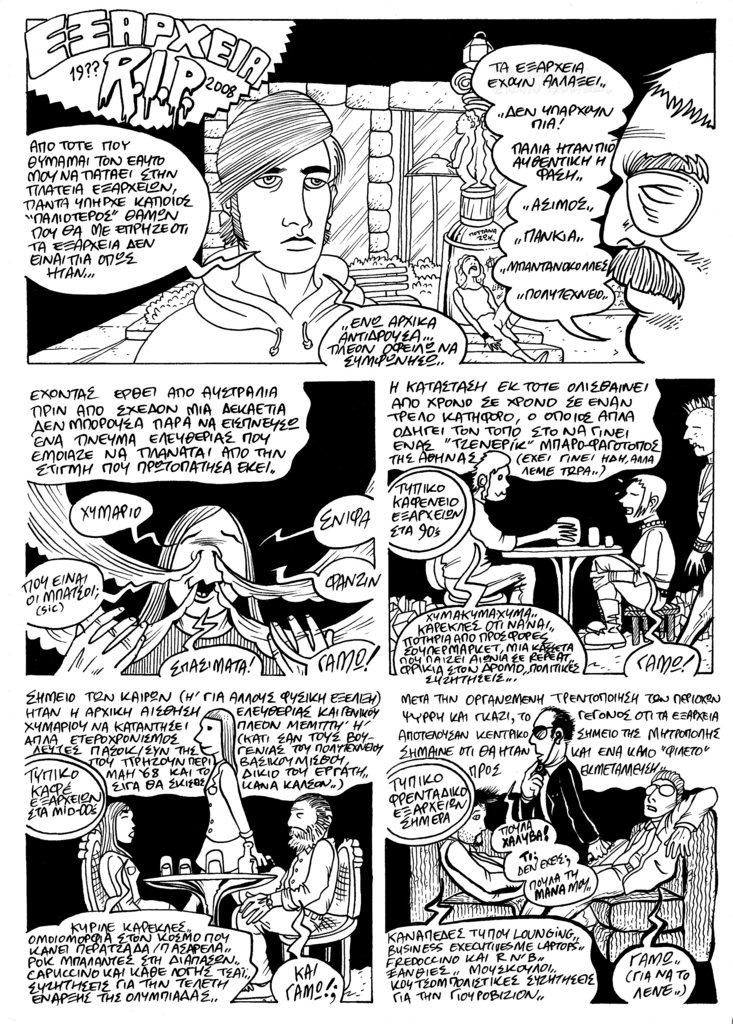